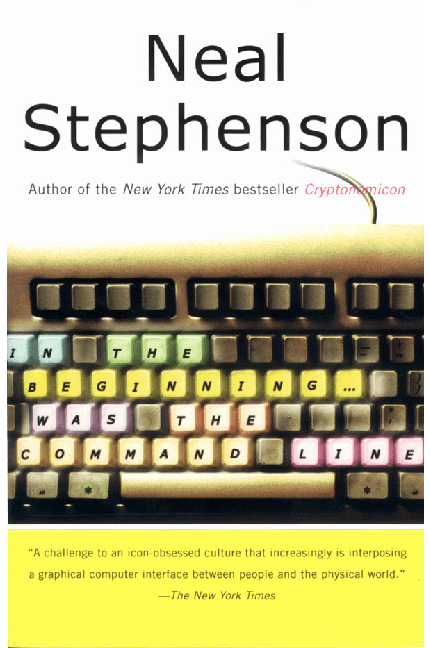 IN THE BEGINNING WAS THE COMMAND LINE

This was originally just a set of musings about Graphical User Interfaces (GUIs) that gradually took on the shape of an essay. On the spur of the moment, the decision was made to post it on my publisher's website. Today we would say that it went viral, but back then we said that it had been Slashdotted. Anyway, the resulting traffic broke the publisher's servers until various readers set up mirror sites to handle the load. This essay is in need of an update, which I'm slowly working on, but there is still some material in here that many readers might find interesting.